Bright Horizons Family Solutions has been ranked as one of the top 10 large nursery groups in the United Kingdom, as a result of positive ratings from parents and guardians of the children who attend its nurseries.

The Top 10 Large Nursery Groups Award is bestowed by the UK’s leading day nurseries review site, daynurseries.co.uk, which receives over 4.3 million visitors per year and 28,795 nursery reviews. Nursery Groups with the highest average reviews between March 1st, 2015 and March 1st, 2017 are chosen to be part of the list.

“This is a great achievement by each and every nursery and I want to congratulate all of our nursery teams for their hard work in actively generating so many positive reviews; there is no higher praise than that of our parents,” said Tugendhat. “Each and every day all of our teams continue with our mission to offer exceptional care and education across all of our nurseries. We are thankful to our parents and guardians for taking the time to review our nurseries and support us in winning this amazing award.”

“The ethos and vision of a nursery group can have a huge impact on children’s lives, teaching them resilience and developing their emotional and social well-being, which will act as a foundation for their whole lives,” said Davina Ludlow, director of daynurseries.co.uk. “Bright Horizons has shown that it delivers excellent early education throughout its nurseries and we’d like to congratulate it on being a top nursery group, as rated by parents. We feel it is a real achievement to be recognised for being in the top 10 nursery groups by the families and carers of the children.” 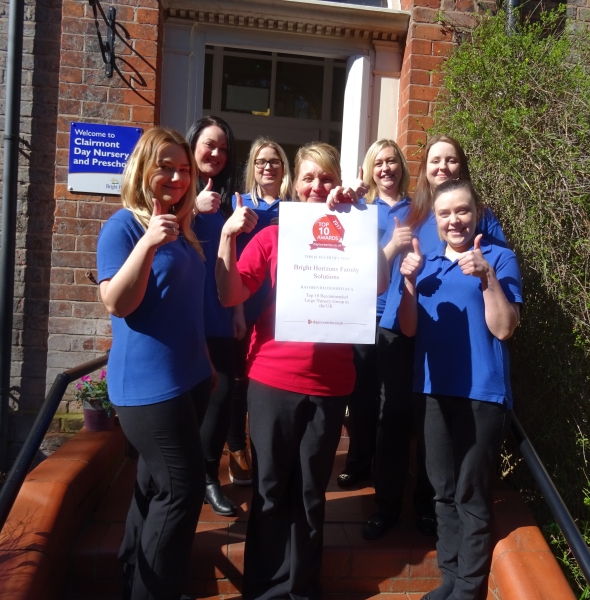