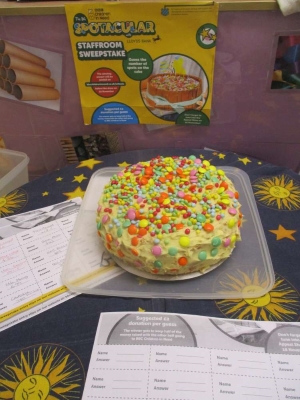 BBC Children In Need has been raising money to aid children’s lives since 1927, when it was first broadcast on live radio on Christmas Day. Since then, it has developed into one of the biggest fundraising events throughout the year with many celebrities getting involved.  Since the charity began, people of the UK have raised over £800 million! The money is split across the country to help many worthy causes that hugely benefit the lives of children.

Sir Terry Wogan began presenting the show in 1978 and Pudsey Bear came to our screens in 1985. Originally brown, the more recent Pudsey is yellow with a colourful spotty eye patch, and is a well recognised mascot for the charity.

Bright Horizons are keen supporters of the charity, with lots of our nurseries taking part in fundraising events in the week building up to the main event on Friday 18th November. Our Bumpers Nursery in Derby have been busy this week; they made a cake with lots of colourful Smarties, they had their faces painted and came to nursery dressed in spotty clothes! So far they have raised £50 for Children in Need – well done everyone! 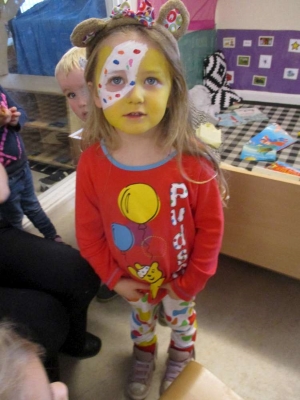