Moving On From Past Mistakes

Moving on From Past Mistakes 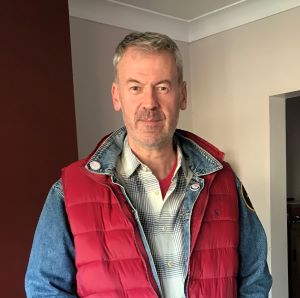 Andy from Bright Horizons shares with us some valuable life lessons he has learnt and offers a couple of tips on how to pick yourself up & keep going.

Regrets? I’ve had a few. But then again, too few to mention. And, looking back, saying “I love you” at the end of a business call isn’t all that bad is it, in the grand scheme of things? Maybe, deep down, I did love them all, and just wanted to express this? At least I didn’t lean into the issue and start ending all my calls this way. That’s a rebranding I’m not ready for. And, for a time, both Shame and Embarrassment came to live at my house, destroying any business credibility they could find there. And with that in mind, I offer you the same advice The Rolling Stones offered me: You Better Move On.

Excluding sociopaths, the natural response to making a large mistakes is a mixture of fear, stress and overwhelming embarrassment. Short of turning up at the wrong venue for your mum’s funeral (that one will last a lifetime, trust me), this should last about 10-15 excruciating seconds. Use this time to check that the ground hasn’t opened up to swallow you. After that, it should pass. Sometimes, for all sorts of reasons, it doesn’t pass. Emotionally, we get stuck here. When this happens, abort! Get out and away from the situation – go for a run, with headphones on (if safe); talk to a friend; mow the lawn. Something, anything, to get away. Which brings me nicely to:

Ok, so your sister-in-law found you stuck, half-naked, in the most awkward yoga position (plow pose, before you ask). It’s not the end of the world - although it felt like it at the time. So you accidently deleted a file, forgot to book a room for the meeting or left a huge typo in your report. Keep this in perspective. At absolute worst, it’s a yellow card; it’s not a straight red and a sending off. You’re not out of the woods yet, but we have the potential for a great story to tell (If not me, I bet my sister-in-law dines out on that story every time I’m mentioned!)

As with all things, there’s going to be a consequence to your actions. And this is where you can be your own worst enemy – trapped in the cell of your own mind. Your dark side takes over, sending you to a state of agony and stressing you as much as it can (which, ironically, can cause future mistakes at a later date). In this instance, confront your own worse-case scenario head on, make peace with it and then – finally – move on. You’ll quickly file that worse-case scenario under “Probably Won’t Happen”

This one really speaks for itself. Do it early and do it sincerely. Do NOT get forced into doing this. Don’t do the “I really feel I should apologise” line politicians go down. Sometimes – hopefully – it’s all you need to do. No excuses. No long-winded explanations. No beating yourself up.

Step 5 – Earn Back the Trust

Now the work begins. Deliver on fixing it. And the best way? By constantly delivering good work your mild slip-up will soon be forgotten. The bottom line is this: one mistake does not define you or consign you to the scrapheap of work. Who remembers Akio Morita? His invention was a rice cooker and it was rubbish. He sold about 100 of them. And rightly so. They were rubbish. Akio apologised and went back to redesigning until he was happy with his produce. Akio’s company is called Sony.

So, my point is this: we all mess up, we all fail. Reinvent yourself, move past that mistake; you are not defined by one photograph. And, more importantly, I love you.