With numerous male employees throughout the business, Bright Horizons is celebrating the positive impact of men in childcare this International Men’s Day, Monday 19th November, 2019. 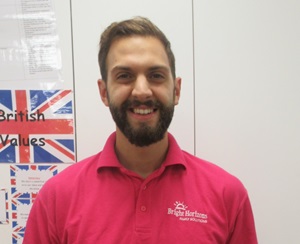 Konstantinos previously owned his own nursery in his native Greece, where he received derogatory comments about choosing to work in childcare. He believes it to be a common misconception.

“I really think that all the men that are working in the early years field are very passionate about what they are doing,” he said. “I have had many rewarding experiences during my career in early years but one thing I appreciate the most is the smile of the happy families. The most valuable thing in this field is the appreciation of the parents.” 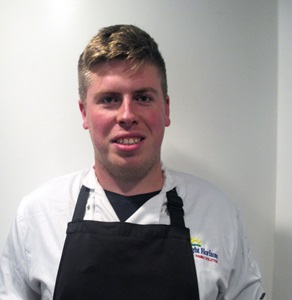 Staff colleague at Canada Square Tait joined Bright Horizons in 2017, moving from Hampshire after his previous role as a chef at an activity centre in Devon.

“My most rewarding experience is seeing the children and their families happy with the service they are given,” says Tait, who encourages any male to pursue a career in childcare. “I think that it doesn’t matter what gender you are, if you are passionate about something you should go for it.” 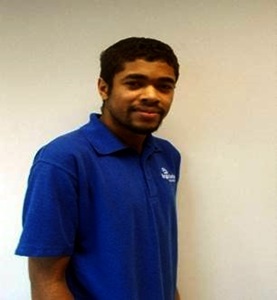 Khamisi first joined Bright Horizons back in 2016, initially working flexibly alongside studying for his degree in Early Childhood and Special Education. His most rewarding experienced came earlier this year when he became key person to a child in the Rising 3’s room at his nursery.

“This has meant a lot to me as my research during my degree was looking at the presence of men in the early years and looking at emerging themes from the study, such as strategies that could be put in place to attract more men into the early childhood profession; also the research was investigating whether children, especially boys, benefit from being cared for by male practitioners,” he said.

Shybu is currently working towards his Level 3 in childcare and, like the others, also cited the welcoming atmosphere throughout Bright Horizons and the excitement of working for one of the largest childcare companies in the UK.

I personally feel that it’s great for a child to have a male role model in their first few years of their nursery life,” he said. “I love my job and there have been many time when I’m at home doing research for a new project I want to do with the children or setting myself goals that no one else has. If you are thinking about joining a nursery don’t let anything stop you it’s a very warding career where you can progress.

“Be yourself and have fun. This is a career where you can enjoy the work you do and make a difference to other people’s lives. Don’t worry about being the only male at your setting it’s actually an advantage.”