Roald Dahl was born on 13th September 1916, and went on to become one of the most successful children’s authors, selling more than 250 million copies worldwide!

Today, 13th September 2016 sees the world celebrate some his best work, with many nurseries and school across the country dressing up as their favourite Roald Dahl characters – watch this space to see pictures from our nurseries!

Here are just 5 of our favourite books that he wrote over the years:

The BFG was written in 1982 and has recently been adapted into a film. This Roald Dahl classic has sold over 37 million copies in the UK alone!

Charlie and the Chocolate Factory

First published in 1964, Charlie and the Chocolate Factory has had 12 book covers commemorating different milestones, such as the 40th anniversary in 2004 and the film starring Johnny Depp being released in 2006.

James and the Giant Peach

‘…Marvellous things will start happening to you, fabulous, unbelieveable things – and you will never be miserable again in your life.’

James and the Giant Peach was Roald Dahl’s first classic novel for children, written in 1961.

‘It doesn’t matter who you are or what you look like, so long as somebody loves you.’

The Witches was published in 1983 and was turned into a film in 1990, starring Anjelica Huston and Rowan Atkinson. 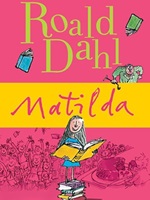 ‘I know you are only a tiny little girl, but there is some kind of magic in your somewhere.’

Matilda was published in 1988 and was one of the last Roald Dahl books published before his death in 1990. Matilda won the Children’s Book Award shortly after it was published!

What is your favourite Roald Dahl book? Have you celebrated Roald Dahl Day by dressing up at nursery or school? Let us know via our social media pages.