In preparation for British Science Week, lots of our nurseries have been undertaking scientific experiments and exploring science, which also links to our unique Growing Scientists programme. Here are just a few stories of the science projects going on in our nurseries:

The preschool children at our Chelsea Day Nursery and Preschool

recently went on a visit to the Science Museum, as part of our Growing Scientists programme. They got to explore a number of topics such as space, challenge of materials and making the modern world. Who knows? Maybe one of our children will be inspired to travel to space one day!

With British Astronaut Tim Peake currently up in space at the International Space Station, Horseshoe Day Nursery and Preschool in Esher have been exploring space. 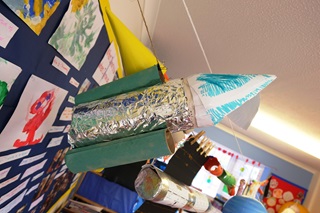 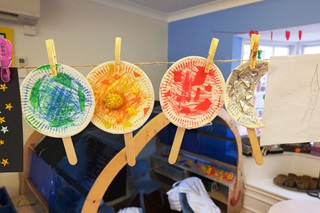 The children at our Teddies Chiswick Park Nursery had a visit from ‘Mad Science.’ They came into the nursery for a science workshop, the children got to try lots of new experiments including making a rocket balloon with bicarbonate of soda and vinegar and watching it shoot off into the sky! They also got to make some slime and take a pot home with them! Sounds gooey! 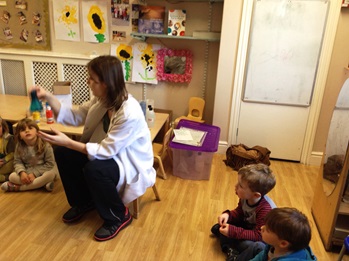 Recently rebranded Bramingham have been collecting the rain outside and measuring how much was collected, using language of capacity such as full, empty and half full. The child who was collecting the rain noticed there was not much rain and found dripping rain from the roof and held out the rain collector to catch the drips.

The children also used syringes and pipettes to mix colours into a variety of beakers and test tubes. They predicted what colours they thought they might see and observed the effects. 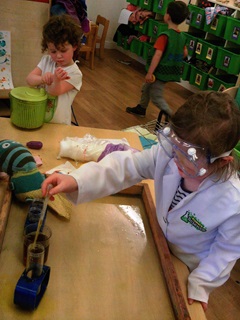 Our Growing Scientists learning approach builds on children’s innate sense of wonder and nurtures their capacity for scientific thinking. Investigating, predicting, observing and recording are part of this journey of discovery for young scientists. As children grow and develop, their scientific explorations continually broaden and evolve, resulting in a sophisticated appreciation and understanding of scientific concepts. To find out more about our Growing Programmes, please click here