Christmas In The Netherlands

Christmas in The Netherlands

Christmas festivities in The Netherlands begin in early November, but the most important day is 5th December, which is when Sinterklaas (St Nicholas) brings the children their presents.

On the second Saturday of November, Sinterklaas travels to a town or city in Holland. Dutch tradition says that St Nicholas lives in Madrid, Spain, and so he can see as many children as possible, he will choose to arrive at a different harbour each year.

Children are told that the Zwarte Pieten keep a record of things they have done throughout the year in a big book; good children will receive presents from Sinterklaas, but naughty children’s presents get sent back to Spain for a year!

On the evening that Sinterklaas arrives in Holland, children leave a shoe by the fireplace or front door, and hope that he leaves presents overnight. They also leave carrots for Sinterklaas’ horse. This will happen weekly until the 5th December. 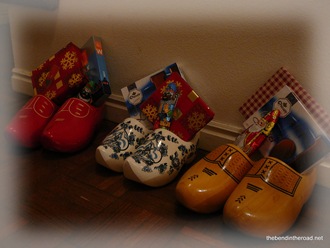 Then on the evening of the 5th December, which is known as St Nicholas Eve, children receive their presents. Many have parties and will leave clues for the children to locate the presents left by Sinterklaas.

On 6th December, Sinterklaas and his Zwarte Pieten leave The Netherlands via the entrance of port Rotterdam, which is the largest port in Europe, and travels back to Madrid until next year.

For those celebrating today in The Netherlands, we hope you enjoy the festivities.