Children at Bright Horizons Forest Park Bracknell Day Nursery and Preschool were recently treated to a visit from one of the parents who is a scientist and helped them take part in a number of different experiments.

The children took part in an exploding apple experiments, the Skittles experiment and a further one involving salt and food colouring to look at how the colours did not mix due to differing levels of salt.

“The children really enjoyed having a scientist come in and this inspired them for the rest of the day to base their play around being scientists themselves,” said Deputy Nursery Manager Laura Gardner.

The experiments were also part of Bright Horizons’ Growing Scientists enhancement which aims to help children identify scientific activities which occur in their everyday lives. 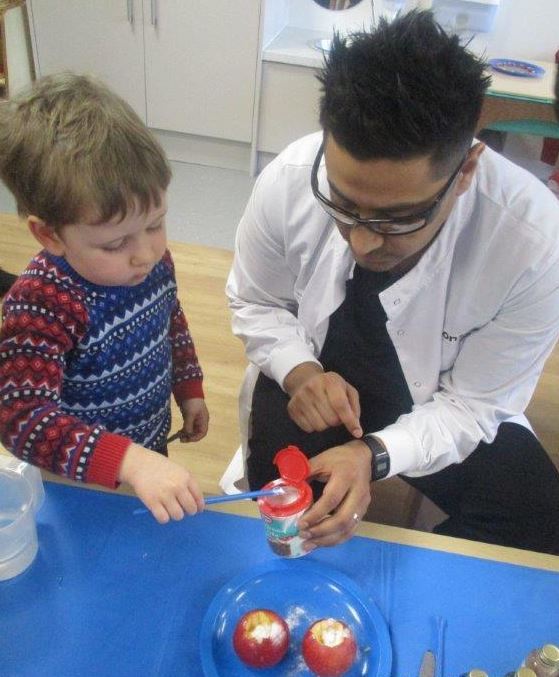