Children at Bright Horizons Timperley Day Nursery and Preschool in Cheshire have been learning more about volcanoes as part of the organisation’s Growing Scientists programme.

The children have been learning about key words and properties linked to volcanoes such as lava, exploding, fire and erupt. They studied different images from Google showing both live and dormant volcanoes. 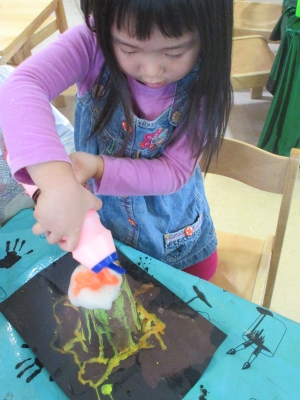 “The children were intrigued to learn more about volcanoes and how they function,” said Nursery Manager Janette Schenk. “They eventually made their own volcanoes and were excited to watch them erupt."