Children at Bright Horizons Bumpers Day Nursery and Preschool in Burnaston, Derbyshire have celebrated International Talk Like a Pirate Day by dressing up in costume on September 19th.

All of the children over the age of two came to the nursery dressed as a pirate for the day, where they enjoyed activities such as treasure hunting, reading treasure maps, making treasure and face painting. The day was finished with a tea party, where the children wore pirate hats they had made earlier on.

“The children had lots of fun throughout the day,” said Nursery Manager Juli Walker-Jones. “We were delighted with the creativity shown by the children when making their hats and were also pleased to see so many of them attempting to speak like a pirate in theme with the day.” 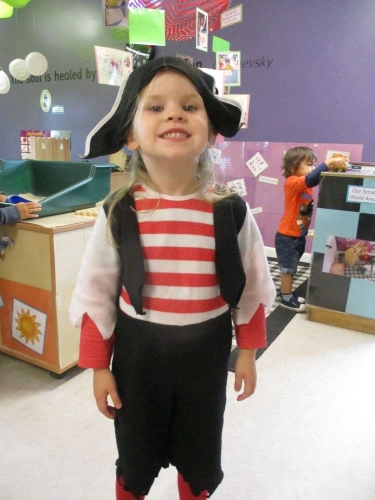